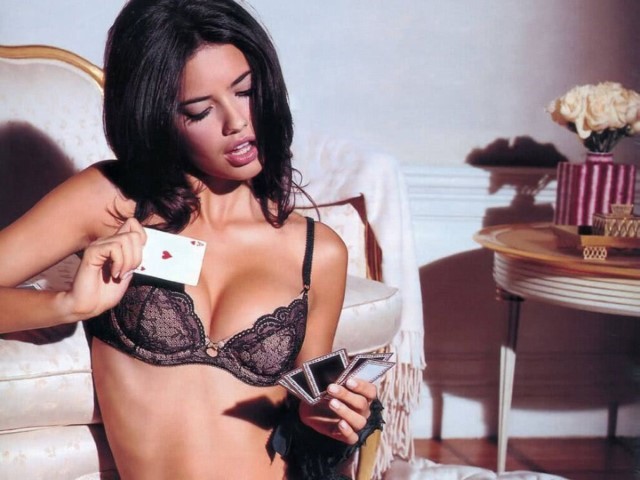 It is not uncommon for patrons of many clubs to feel transported back to the 1980s or early 1990s due to the establishments’ antiquated aesthetics (think a lot of pink neon) and mentalities. Elle Stanger, a Portland-based stripper, writer, and sex educator, adds that many employers still only accept women who meet the strict beauty standards of the time, which are “long hair, huge boobs, and a size two or smaller.”

According to Dave Manack, publisher of the trade publication Exotic Dancer Magazine, a significant number of exotic dancers have failed to recognize the arrival of the digital era by establishing even the most basic online presence, such as a Facebook page or website.

According to Manack, another factor contributing to the club world’s resistance to change is the fact that many club venues are run by now-retired men who may be set in their ways but who, more importantly, have never felt threatened by upheavals like the internet that have rocked many other industries. According to those with insider knowledge, clubs provide a one-of-a-kind connection between customers and dancers.

Changing to meet the needs of an ever-changing audience

However, the effects of shifting social norms can finally be seen in the United States strip clubs. (At least those with female dancers; the world of male strip clubs is a separate reality that would necessitate the creation of its essay to deconstruct.) Several media outlets, including the BBC and Playboy, have reported declining consumer bases and earnings, as well as the closure of several venues, over the last year. Despite a few notable closures, the total number of strip clubs in the United States has remained stable at approximately 2,500 for many decades, according to Manack.

Some customers have left because they have reached an age where they can no longer enjoy themselves in a club environment. Some people are showing up less frequently because it is no longer socially acceptable for them to conduct business meetings at clubs. (The Association of Club Executives’ Angelelina Spencer told Bloomberg in 2018 that company-sponsored events used to account for about 10% of the sector’s income.)

Younger audiences have shown little interest in replacing older customers, in part because members of this generation do not go out as much as previous generations and prefer to enjoy themselves at home. The same responsive intimacy found in strip clubs can also be found on cam sites, which has led to a large number of users, both young and old, discovering that they can experience this at home. Even though these interactions take place entirely online, the success of these relatively new adult enterprises can be attributed to performers’ ability to cultivate personal and close connections with loyal repeat customers.

In response to the unrelenting march of time and the challenges that it brings, innovators from within and outside the industry have recently begun to try to remodel the world of strip clubs. They have done so in both overt and covert ways, introducing high-tech concepts into an industry notorious for its low level of technology. They have also attempted to modify or recreate fundamental cultures and practices.

Because of their efforts, the typical strip club will almost certainly undergo a dramatic transformation, both in terms of appearance and atmosphere, in the not-too-distant future. Nobody can predict what the industry’s new standard will look like ten years or even five years from now. There is also disagreement about whether new developments will be sufficient to replace the number of customers that strip clubs are losing.

Is virtual reality (VR) worth the hype?

One of the most talked-about ideas for modernizing strip clubs is to convert them into hybrid establishments that offer both traditional and virtual reality experiences. In 2016, the Gold Club in San Francisco collaborated with a company called VixenVR to create a virtual strip club experience. This experience was intended to be more than just putting on a headset and watching a stripper perform in front of you; rather, it would record the entire space and allow the user to move freely within it. The goal was to convert people who would rather stay at home than go out for an evening of entertainment, as well as those who are intrigued but are afraid to walk into strip clubs due to the stigma associated with them, into paying customers for the club.

Insiders in the industry speculated that virtual reality (VR) experiences could erode young people’s aversion to attending clubs, resulting in young people attending clubs in person. By 2017, many of the clubs that took part in Exotic Dancer Magazine’s annual Gentlemen’s Club Expo, the only trade exhibition for the sector, had plans for virtual reality (VR) projects. “I can tell you that there was a line to go into one booth,” Manack recalls, to try out their VR system. “No one ever lines up to go to a trade show booth,” he says. “I can tell you there was a line to get into one of the booths.”

At least one Las Vegas club, the Legend Room, has also tried out a Bitcoin payment system. This system includes QR codes printed on dancers that customers can scan to tip them. Some nightclubs believe that using cryptocurrency will help them attract younger customers. This is because cryptocurrency eliminates the need for younger customers to store and transport large amounts of cash to tip dancers, and it also provides younger customers with greater privacy regarding their club-going habits than the paper trail left behind when using a card.

Additional technological breakthroughs are almost certainly on the way. According to Manack, the Gentlemen’s Club Expo will focus on forwarding planning for the following summer, with at least six opportunities for businesses to showcase newly developed technological advancements that they believe will aid in the growth of men’s clubs.

Will technology ever be more than just a fad?

However, the majority of these tech-facing solutions are, at best, in the early stages of development and, at worst, are nothing more than gimmicks designed to generate short-term publicity and traffic surges but offer little long-term promise.

The majority of early virtual reality ventures in the industry, including Gold Club’s, do not appear to have had any significant or long-term success. (Mashable contacted Gold Club for comment on the status of its VR efforts; however, Gold Club did not respond, and Vixen VR does not appear to have a functional digital presence or communication channels.)

Some critics argue that the pre-recorded content on these websites deprives users of the primary allure of strip clubs, which is a real-time and individualized connection with a dancer in a venue designed specifically for them. They are unable to acquire the odd, casual physical touch, such as a hand on the shoulder or a brush of hair on the leg while interacting with cam performers, so they are unable to experience it. Techno-futurists may argue that haptic technologies will eventually solve the touch problem.

Through the use of a VR or AR rig and a bodysuit, these technologies will allow a person to feel even the most subtle contact with a dancer, possibly in real-time. People will be able to participate in virtual dances as a result of this. Having said that, that is still a highly speculative and far-off forecast for the future.

“To step in and perform some of these fancy things all of a sudden,” as the quote above puts it, “looks almost artificial, forced, or desperate on some level.”

Even fewer clubs use cam or crypto as a method of membership verification. “It’s fun to get somebody to try something once or twice,” says Kassia Wosick, a sociologist who has spent the last two decades researching the economy and culture of strip clubs. “It’s exciting to persuade someone to try something just once or twice.” But will they generate consistent revenue for the dancers and the clubs where they are performed? I have my reservations about that… To step in and perform some of these fancy things all of a sudden gives the impression that it was manufactured, forced, or desperate on some level.

Technology-focused solutions do nothing to address the fundamental image and cultural issues that most clubs face. Indeed, the manner in whichhow Hronopolous discusses the potential of Naughty America’s virtual reality strip club experience appears to reinforce some of the regressive, hyper-masculine, and exclusionary feelings that may be driving new customers away from these establishments. “What’s nice about a strip club is that it allows a man to be a man,” he muses. This is one of the advantages of visiting a place like this. “As a guy, sometimes all you want is a place where you can let your testosterone roar,” the author writes. 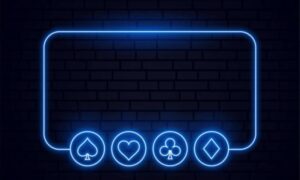