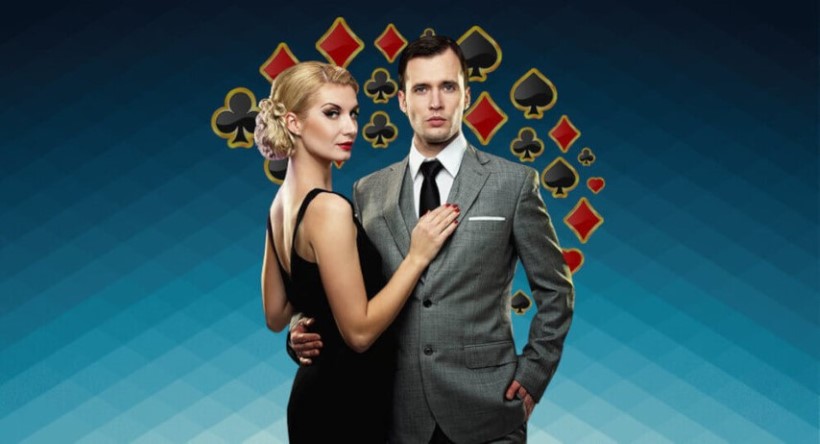 Modern dating apps provide a quick way to meet people who are (ideally) looking for relationships similar to your own, but this type of digital matchmaking is not without risks.

From the outside, looking in

I’ve never used a dating app to meet someone, but I find them dehumanizing in the way they reduce people to statistics, and I’m concerned that users can create their profiles for potential partners using these apps. potentials.

However, it appeared that the company itself filtered people based on who they truly were rather than who they pretended to be. Video dating was frequently used as the punchline for jokes or comedy skits in the past, but this does not appear to be the case anymore.

As far as I know, when a bald, overweight man signed up, he was told not to pretend to be an athlete with long hair. I’m sure this wasn’t true for everyone, but it’s what I know. full!

Previously, the organization required its customers to physically appear in front of them to record their films and thus validate their identities. People appear to feel free to complain about their dating accounts at this point, and the term “Catfishing,” which refers to the practice of people using images and bogus identities, has become well-known and synonymous with online dating.

As a result, the Multifunctional Digital Distance Mask has resulted in the development of a tool that is far too useful for the commission of numerous crimes or horrifying atrocities while maintaining one’s online identity.

All through the matrix

To get more information, I first spoke with some of my friends who use dating apps like Tinder, Bumble, Plenty of Fish, and Grindr. The majority of them appeared to be looking for long-term relationships, though everyone appeared to be open to casual hookups or dating (by the way, not all of the people I spoke with were men).

This taught me that dishonest or ambiguous profiles, as well as bots, were the most common sources of annoyance and that trolls or jerks were the worst types of people I had (so far) encountered.

However, the vast majority of their experiences were comparable. They liked the format and thought it was a fun way to meet new people, but few of them ended up in long-term relationships as a result of their participation. After examining each app for a few days, I became aware of the premium services that were available to remove advertisements or improve the overall quality of the experience.

It’s a rabbit hole, but I suppose I could classify some of these strategies as best practices, and I’m still curious if the premium membership provides any benefits related to online security, including possibly some benefits for people who commit crimes online. much more detailed (I’m still available if app developers want to learn how vulnerable their platform is to deception; please contact me).

It was just a quick tour of each department to get a better understanding of the opportunities available to con artists and fraudsters. As I went through each app and read as many profiles as I could, it became clear that scammers could use this platform.

An excessive amount of data

The most significant issue I’ve discovered lacks any sort of inventiveness; in fact, its appearance should not have surprised me. People reveal far too much about themselves, including who they are, what they do, where they live, and how they can be reached (or physically located) by unknown parties.

Any profile that was more than a few lines long tended to reveal far more information than anyone should feel comfortable disclosing to unknown third parties.

I also noticed some fascinating patterns among the people I passed, especially in terms of their occupational tendencies, expressed interests, habits, and information about their immediate family, pets, or living situation.

If I were a legitimate con artist, I would be able to profile people (both men and women) and rank them based on the various types of cons, creating a sort of smorgasbord of potential victims.

I’m not here to tell you not to use these services or to offer a solution to your problems; none of that is my goal here (although I can think of several ways to better protect users and provide a more efficient matchmaking service). You should exercise some caution.

While my innate paranoia makes me uncomfortable even with the most basic questions (because all of this information can be used to profile people), personal descriptions are where many users choose to disclose information about themselves. information that could jeopardize their lives and residence

I’m not the person to tell you how to write an effective dating service description that will attract the perfect match, but please consider the possibility that someone you’d rather not log in to could use this description to search for and find key data that most of us should keep private. If you do this, they may gain access to information that they should not have.

Although it should be noted that the dating scene in all of its forms has been, I do not advocate the use of lies in this field because being truthful has the potential to be rewarded with genuine life-changing relationships. Furthermore, I do not advocate lying to people as a result of this. full of people who lie, steal, and manipulate in the pursuit of (mostly) the same thing

The love symbol is written in hacker code

People use these apps while traveling, which raises additional safety concerns. Scammers in large tourist cities or convention towns use a variety of con games, including blackmail scams, to target transient victims. As a result, you should be aware that, while scammers may constitute a minority of actual users of a particular service, they are still present. One of my close friends travels for a living and spends a lot of time playing poker and blackjack.

Tinder and other dating apps have proven to be an excellent way for him to meet new people while traveling. However, based on his observations, the majority of people who use these services while on the go aren’t looking for long-term relationships.

Your bot is well known to me

Users have a better chance of avoiding anti-lottery frauds and scammers online simply by being cautious, but anyone who signs up for a dating app – or even any type of interactive media – lacks the knowledge to weed out potential con artists.

This is the only explanation for why there appear to be so many bots on each platform, each attempting a flawed variant of the Turing test that, despite its flaws, is successful on actual people. These bots frequently start chats to allow offline contact which bypasses the security features of the program currently being used.

It becomes an excellent filtration system for weeding out suspicious individuals and gathering more sensitive potential victims who are willing to connect using alternative software that may expose them to a variety of deceptions.

You may believe that a bot is obvious to everyone else, but with well-written code and purposeful conversation, you’d be surprised how many people can be misled by a scripted conversation. As one of your other friends recently pointed out, reusing successful conversation lines is pretty much how successful people navigate the world of (human) dating.

It is not my intention to cast doubt on the efficacy of any approach that brings people together to achieve a common goal; however, wherever there is an opportunity for people to meet one another, whether in a singles bar or on a dating app, dishonest people will always be drawn to it. Moths are attracted to a flame, and it is in our best interests to keep a low profile while ensuring that others are who and what they claim to be.

Criminals would find far fewer victims online if the applications themselves were more aggressive in teaching their users how to protect themselves. I could delve deeper into this subject, but I believe it is safe to assume that they would. The more people who are aware of the dangers of excessively disclosing personal information, the better for everyone. 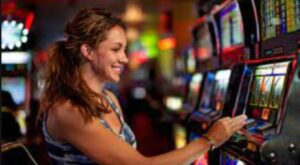 Previous post In Review: The Casino Night Hosted by the Ottawa Chapter 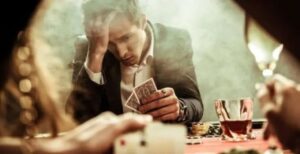